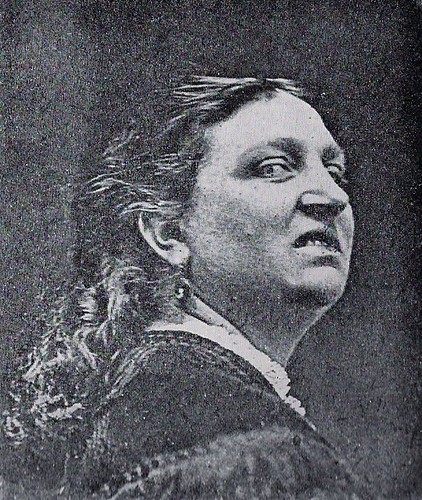 Used by permission from ADiamondFellFromTheSky via WordPress.org.

Human beings are tightly butt-clenched and uptight people.  And you are a human.  There, I said it.  You, dear reader, are perhaps clenching your butt-cheeks right now. There are things that just get our panties in a bunch, that is for certain.  If I wore panties, mine would be bunched too.  Not that I wear panties, because I do NOT wear panties, for the record.  I don't.  Continue.

There are so many topics that tend to cause the inevitable Gluteus Maximus Stressicus Fleximus.  Here they are, in no particular order:

I believe one of the reasons why we get tense is due to insecurity.  You see, long ago, cavemen fought with each other because one caveman had a bigger club and a bigger cave than another caveman.  Soon after, but still a long time later, earls were jealous of other earls because of the size of their estate.  And just yesterday I was jealous of Robert Pattinson because he got to play a vampire AND a bat, which is not fair to me on any level.

I am dark, I am brooding, I have night sonar (except when I step on my son’s Sonic the Hedgehog plastic toy and his head spines poke through my foot up into my brain).  On top of that, I drink blood-red V8, which is full of minerals and nutrients in order to make me handsome and winning like Robert Pattison, who got to play a vampire AND a bat, which is not fair to me on any level.

And speaking of butts, I am positive his is smaller and more toned than mine, because you see, bat butts are very small.

AH!  Jealousy.  Insecurity.  Flying vampire rodent butts.  By now it should be obvious to you that we need to relax just a little bit more, and start talking about controversial things so that we can effectively destigmatize them.

Welcome back from clicking on that link, you warped sicko.  The Priest will be in shortly to commence The Cleansing.

In America, we are all a bit too easily offended and just a little too triggered by a very small number of things, such as 19,423,786 things.  This is just my humble opinion of course, so take it or leave it.  But do take it, because I am right, and you are wrong, and that offends you, and I do not care.

People get offended by the slightest thing nowadays, and end up taking their complaints all the way up to the Supreme Court, which is a place where people in black robes make all kinds of decisions that cause people to get angry and move to other countries, which helps Robert Pattinson’s butt have more square footage to work with here in the U.S.

There are seriously some wacky court cases where people have sued other people because of offendedness. Take for example the following case: I am not making this up.

In 2008, an Illinois woman Gayane Zokhrabov, 58, tried to sue the estate of Hiroyuki Joho, 18, an unfortunate victim of a train accident. While attempting to catch an inbound Metra train, Joho ran across the tracks and was struck by an Amtrak train traveling 70 mph.  Portions of the victim’s deceased body struck Zokhrabov as she waited on a nearby train platform, injuring her shoulder, wrist and leg.  The lower court judge dismissed the morbidly bizarre case, stating that the young man could not have predicted where his body would strike because he was dead. An appeals court later disagreed and said that it was “reasonably foreseeable” that a high-speed train could kill Joho and send his flying body parts into crowds of waiting passengers.  She eventually won, I think.

This is the reason why I now hover around train tracks exposing my shoulder, wrist and leg.

It does not surprise me in the slightest that this case originated in the United States, where all citizens are born dribbling idiots that are certifiably insane.

For me personally, about the only thing that offends me and gets my panties in a bunch is being bombarded by repeat text notifications.  This offends me, and I am triggered, which offends me.

Also please note that I do NOT wear panties.

By repeat notifications, specifically I mean the inability of a fellow human being to coalesce all of his thoughts into a single cohesive message, but instead choose to bombard my phone with numerous repeat notifications as each new thought germinates in their mind and simply must be ejected before their brain detonates.  Which brings us back to flying body parts.  I would like to state for the record that I am planning on suing you if any of your brain lands on me.

It is time to unclench.  This goes for voiceover artists as well.  Unless I am posting content dealing with the political religion of sexual money that causes weight gain on clothing-wearing pets of Robert Pattinson which causes me to make horrible dad-jokes about Roseanne Barr, then it truly is time to unclench.  By the way, did you know Robert got to play a vampire AND a butt?  I mean bat.

It simply is not fair, and a lawsuit appears to be the only remedy here.  Mr. Pattinson, I will see you in court, mister. 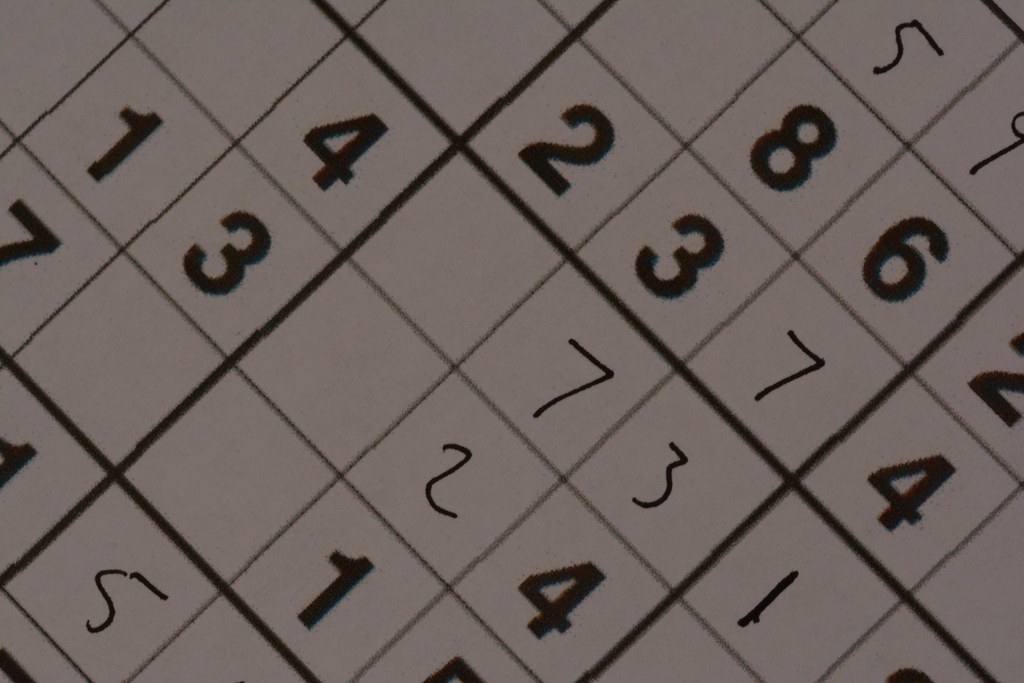 Used by permission from Clint__Budd via WordPress.org

So let us discuss a stigma in voiceovers.  By "stigma" I mean the shame all of the other voice talent feel when we cannot afford as much lobster as J. Michael Collins.

By the way, lobsters have small butts.  Follow me for more crustacean anatomy tips.

No, the real stigma is money.  Whenever I have posted content online celebrating a successful week of voiceover jobs, or the amount of new work revenue I have generated, or any pictures of me in panties (I DON'T WEAR THEM STOP JUDGING ME!!!), it seems the response is always overwhelmingly favorable.  As of this writing, my post in the Global Voiceover Artists Network on Facebook has garnered 76 likes and 21 comments.  The same post on Instagram has garnered 81 likes and 18 comments.  Granted, the naysayers like to lurk in their dark, offended corners, spew venom from their caves, and label me a braggart and a show-off.  But that does not seem to be what the comments unanimously reflect.  Among them:

Do we not, after all, call the voiceover community…community?   Now, I am not a simpleton: I realize there is an inherent risk with sticking one’s neck out too far in an effort to affirm and encourage, posting what some might then label "politically incorrect": there will always be those who are overly consumed by suspicion and mistrust: they are unable (read: unwilling) to extend the benefit of the doubt to others and appreciate the level of inspiration some go to in order to encourage that this voiceover thing really is possible.  (When I started, I really wanted to know if I could survive on voiceover money!)  But no: they would rather sling mud, return to their own echo chambers to their allegiant disciples, rail against all that I wrote and shared, and mislabel inspiration as boasting.  So be it.

The inability or unwillingness to celebrate others' victories and perceive them only with suspicion and antipathy is toaster-in-the-bathtub-level dumb.

I say, let us destigmatize.

Granted, I am nothing.  There are people in VO that make WAY more than I do.  They generate FAR more jobs than I do, and are MUCH more in demand.  I am ACUTELY aware of where I stand in the pecking order.  But my goal is to INSPIRE, because when I hear what THEY are doing, it inspires ME.  And FINALLY, I enjoy talking in ALL CAPS.

I thought I had a fantastic year until one colleague told me she made triple what I made in 2021.  My response?  I was inspired and motivated by that, not jealous!  I thought I had a fantastic month until a colleague told me he generated $60k in a single month!  Again, I was inspired and motivated, not jealous - because the sky truly is the limit.

So here I go with my inspiration (because that is what it is):

In posting these, in my own small way, I hope you are utterly encouraged, inspired, and full of hope that it can be done, and that you can survive and thrive in voiceovers.  That is my intent in sharing my numbers.

I write to inspire, not to impress.

I never made even close to such income in wedding videography.  I never experienced joy remotely close to this.  All in all, I am astonished.  Flabbergasted.  Gobsmacked.

Now, when I share such things, I am acutely aware that I need to be tactful about it.  Granted, if I were posting these without any kind of postscript on gratitude, or if I was responding, simply, “thanks!” with nary a return affirmation - that would be extraordinarily tactless.

But is it boasting when one’s eyes are filled with tears of gratitude and one falls to one’s knees and thanks God for all the hard work paying off, and then sharing that to inspire and let people know that, yes, a successful career in voiceovers is possible?

You be the judge!  But please unclench, and don't send any of your brains my way or I will sue.  By the way, look for my lawsuit soon.  You can find me at the local train tracks.

PS, for the record, I have never worn panties and I probably never well.  Except for maybe.