How Vision Leads To Provision

If You Build It, He Will Come The Heck With Corn; Let's Build A Baseball Field! 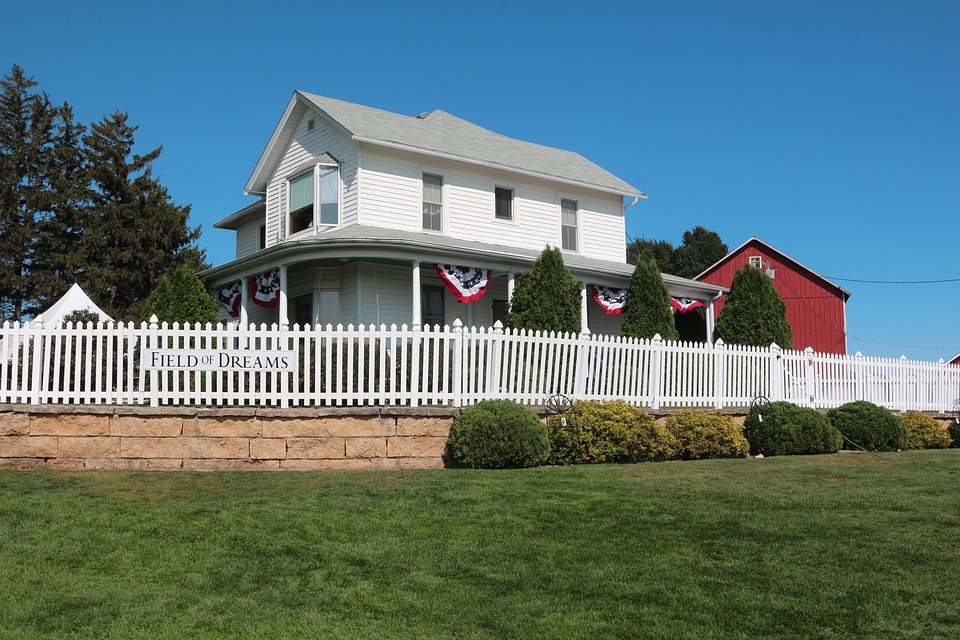 Used by permission from redkudu via Pixabay

I am not a huge fan of Kevin Costner, but Field of Dreams is a movie, and I like movies.  As a one-time baseball fan, I could not even tell you who plays anymore, but I think our Seattle baseball team scores plenty of hoops and touchdowns.  However, I saw this movie and was intrigued.  Mostly because the voice of Darth Vader is in it, and I will see any movie with the voice of Darth Vader.  Spoiler: he ends up being Luke's father.  Bonus: the movie also features Ray Liotta as the ghost of Shoeless Joe Jackson.  But Liotta just passed on, so there is even more reason to watch it, because Shoeless Joe Jackson really is a shoeless ghost now.

Bless me, I went on a tangent, now didn't I.

Anyway - the creepy voiceover of “If You Build It, He Will Come” compels Kevin Costner’s character to raze his cornfield, which causes anguish to Farmers Consortiums everywhere, and starves hundreds of thousands of innocent children of their daily corn intake, just to build a giant stadium-quality baseball field in the middle of friggin' nowhere.  This is because Ray Kinsella, his character, has actually gone cockamamie meshugga in his membrane ding-a-ling noggin.

You did not know this, but in the prequel to Field of Dreams - which you and I never saw and which was never released in theaters for reasons that will become clearer to you in this blog - Ray is attacked by a giant pufferfish while swimming at Camp Lokanda as a youth, and things of course go horribly wrong (as they are wont to do in pufferfish attacks) when the aquatic Tetraodontidae burrows into his brain and makes him invest all of his money into a friendly acquaintance named Bernie Madoff who makes him join Amway and renames him “Harvey," all of which happen in an incredibly long run-on sentence that increases this blog's cumulative reading time.  Those are the true reasons why this movie was never released, and now you know.  It is not on Snopes yet because of the giant cover-up that I suspect involves the nerdy kid from Polar Express.

In the end, Ray went berserk, and decided to cross his legs in vintage 80’s style and wear overly tight Levi’s jeans on the cover of the DVD.  I am not lying!  If you look closely, you can see a Pufferfish swimming in the cornfield behind him, attacking the ghosts of the baseball players, who are also wearing tight pants.

I did not say this was a good movie.  I said it was a movie.  You need to pay attention.

From Need To Greed 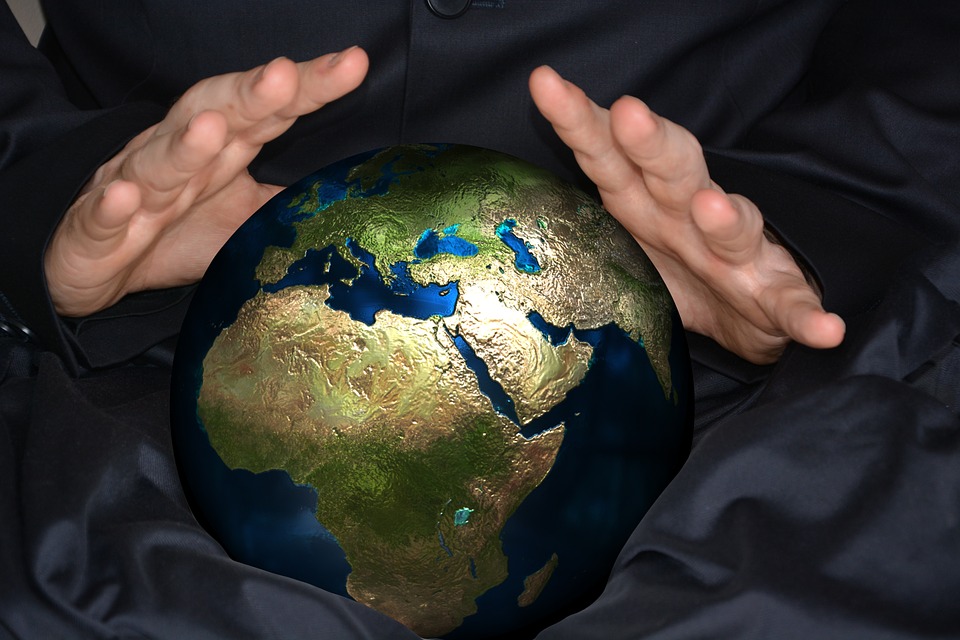 I believe God gives us provision to fulfill vision, if that vision is indeed supposed to happen.  Ray was given vision, and he then received pro-vision for it.  Sometimes, however, we can get obsessed with a desire for provision, and our vision gets sidetracked in all the trappings.   I am fairly certain this is why they are called trappings.  For your reading enjoyment, here is a good example of a bad example.

I had just watched a sensational name-it-claim-it Baptist preacher on TV.  I was feeling rather incredulous at his message, so I went into my garage that morning, stared intently at my Nissan, then closed my eyes, stretched out my hand toward it and spoke slowly and with much authority:

And lo!  When I didst verily open mine eyes, there in my garage was now parkethd…a…

That is not what I asked for, God.  I do not appreciate this one iota, do you hear me, God?  Creator of the Universe and of Revenge Lightning, are you listening to a word I am saying to you?!?!

At this point I think God may have been standing in line at the DMV (pretty sure He has a Honda), because I did not get a response, and my Nissan is still a Nissan, damnit.

Another time, when I was a child, I stared up at a passing 747 way up in the sky, put my hand to my temple and squinted my eyes to engage my imaginary telekinesis, whilst muttering  “Plummet….. plllluuummmmeeeetttttt…”  Thank God for Highly Ethical Jimmy on the opposite end of the block with his hand to his own temple, looking up and breathing “hold your course…. hoooolllldddd youuuurrrrr cooouuurrrssse….”  This of course has nothing to do with provision, other than keeping you here longer than you expected, which brings me an inexplicably sadistic sort of fulfillment.

I told you these were silly examples.  After all, this is my blog you are reading, so you should be well-acquainted with silliness by now.

But now let us talk about the way real vision works.

"Operator, Information?  Give me Jesus on the line."

I believe God hears prayers.  Now, I am very aware that this is the 7th instance of “God” (8th!) in this blog, and all of you are preparing to sue me for a breach of separation of church and voiceovers, and I think I see many of you currently fleeing for the hills at the very mention of the Almighty, carrying your beans, toilet paper and Enquirer magazines to ride out the coming Apocalypse.  By Apocalypse I mean they have let Roseanne Barr back on television.  By Roseanne Barr I mean Pufferfish.

I urge you to come back, and hear me out.

I recently had a bit of a slump.  I prayed for vision.  I prayed for an end to it.  Well, God answered, and he said “You have just said my name nine times in this blog.”  It's true, and he's right.  (He is God after all.)  TEN!

This circumstance is not unique to me.  I am hearing the same thing from many voice talent.  Here is where many voiceover artists are currently at:

All of that creates desperation.  Desperation then funnels undercutting and underbidding by those who are not team players, who then sell their voiceovers for less, out of a desire to just put something on the table.  Believe me, I get it.  This is why I penned an earlier blog about not selling out.

But let us stop the bleeding.  I believe that whomever you address them as, whether it's  "God" (11!) or "The Universe", if you are putting out this 'vibe' that says "I want jobs, and I will do whatever ethical thing it takes to get them", it will come back to you positively.  I am not talking about The Prosperity Gospel, I am talking about a constant all-consuming force within you that will not stop - ever - until you have what you need.

Every day I am tethered to the dream of living out a successful voiceover career, and I pray for it.

In my desperation, I was determined to claw out of it....and I got vision.  After receiving great feedback from colleagues like Aleesha Bake, subsequently, a business coaching endeavor was born.  It had always been there, taking up residence in my subconscious, slowly crock-potting its way to reality.  I just needed the spark: the catalyst, to do it: to bring it to life.  And whaddaya know, the day I launched, I suddenly received my first coaching client and four different voiceover jobs - and finally, after weeks on end, again hit (and exceeded!) my weekly $5000 revenue generated goal.

It takes vision for provision.  Vision that motivates you to get off your duff and whip something together; take action, or pull a Nike and "just do it."  Then, watch things happen and watch yourself get provision for it. As that Great Prophet Yoda said, "Try not. DO, or do not. There is no try."

Yoda.  Now THAT is a good movie with no weird Pufferfish and no Amway soap.

Now if you will excuse me, I must go drive my Merced- ...Nissan. 23 thoughts on “How Vision Leads To Provision”