Be a Brent – The World Needs More Brents

Read, or enjoy the audio version...

The Gift Of Giving 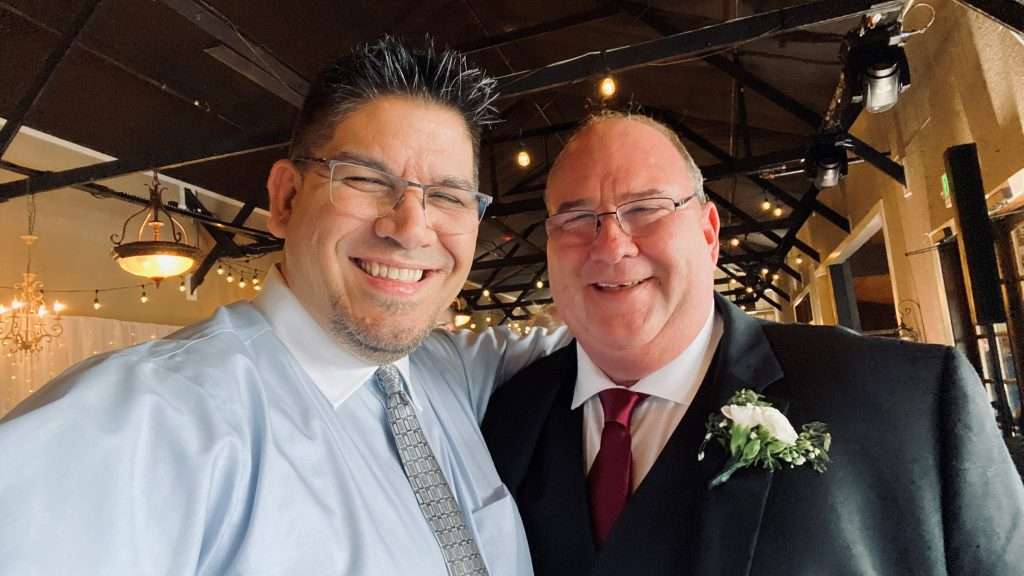 He Ain’t Heavy, He’s My Ex-Former-Step-Brother-In-Law 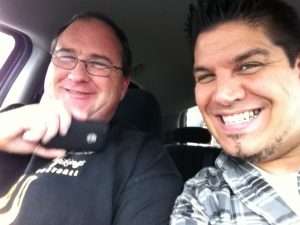 It was 2003.  I was having a rough go of it.  By "rough go" I mean destitute, frustrated, and that was the year they irritatingly kept playing “Calling All Angels” by Train.  As no angels had yet come to my rescue, I suppose I was feeling a bit miffed.

I was unsatisfied in my job.  I was not making ends meet.  I was frustrated at being single.  I had a hangnail.  I remember telling my cousin and best friend, “I am fundamentally unsatisfied.  And I have a hangnail."

I was down in the dumps, truly.

Thank God the one saving grace I had was working under the employ of Brent, whose last name has been withheld at his own request, because he is too humble and has no aim for fame.  So, for the purposes of this blog, I have decided to give him the surname Maximus Meridius Deciduous Amphibious Oblivious, partly because this is my blog, and wholly because it is not yours.

Anyway, Brent owns a company that provides a service.  That is all I am allowed to say.  Brent is my ex-former-step-brother-in-law, because somewhere along the line our family tree was dipped into a big ol' pot o' crazy.  It truly defies logic!  I think I have an uncle who is a zebra.

At Brent's company I was a dispatcher, web designer, data entry tech, customer service guy, and gopher.  The latter meant that I was responsible for picking up lunch each day and washing his car.  I made sure to never mix those up and accidentally wash his lunch.  But that also meant that I would get lunch every day, courtesy of Brent.  As a poor-destitute-payday-loan-infested-moths-in-my-pocket Indigent, I was not going to say no to free food.  Brent would usually order Quizno’s, which is Subway for billionaire oil tycoons.  I am not kidding when I say this was a daily occurrence for a while.  I never asked; he just always bought lunch for the four of us office personnel, which included himself, his sister Jill, and the two gophers Kat and myself.

But that was not the half of it.  Lunch was delicious, surely, but Brent is far more generous than that.

One Hand In My Pocket, And The Other One's Givin' A High-Five 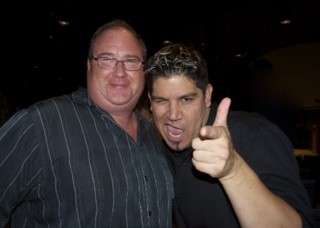 At the theatre production where I proposed to my wife, June 2011

Several times after leaving Brent’s company in 2004, I would return and visit him at his office.  After all, he was family, no matter how convoluted our tree.  I actually think I am part Klingon somewhere in there, but have not sent in my 23andMe package just yet because my zebra-hooves make it difficult to seal the envelope.

I was still struggling, and moving from job to job, unsatisfied with my current positions. But after my visits with my ex-former-step-brother-in-law, I would be driving down the road, and reach into my pocket for my cigarettes - oh that is why I was indigent! - and find something paper-based in there.  Confused, I would reach further…and pull out a $20 bill.  Sometimes it was even a $100 bill.  Unbeknownst to me, Brent had slipped it in while I was on the phone at his office getting a payday loan.

Brent just does that.  He has always just done that.  Blessed people.  Even at the expense of himself!  In fact, Brent is now living on the corner of 5th & Cherry under a blanket of cardboard with a man named Barbara who talks to a sock puppet all day long, because he continues to give $20’s away.

I am exaggerating.  Actually, his company is doing quite well even in the midst of a global pandemic, because I suspect that this universal adage is alive and well:

What comes around goes around.

I do not mean in the Justin Timberlake way.  If you have ever seen the movie Pay It Forward, then you automatically know a few things:

But the key takeaway from this film - besides the fact that Jay Mohr is in it - is the message of paying it forward.  Each and every time Brent slipped a $20 into my pocket, I wished he had put a $100 bill in there.  I am kidding.  Each time he did that, it made me grateful beyond words, and it reminded me that there is still good in this world.

Despite Kevin Spacey still being in it. 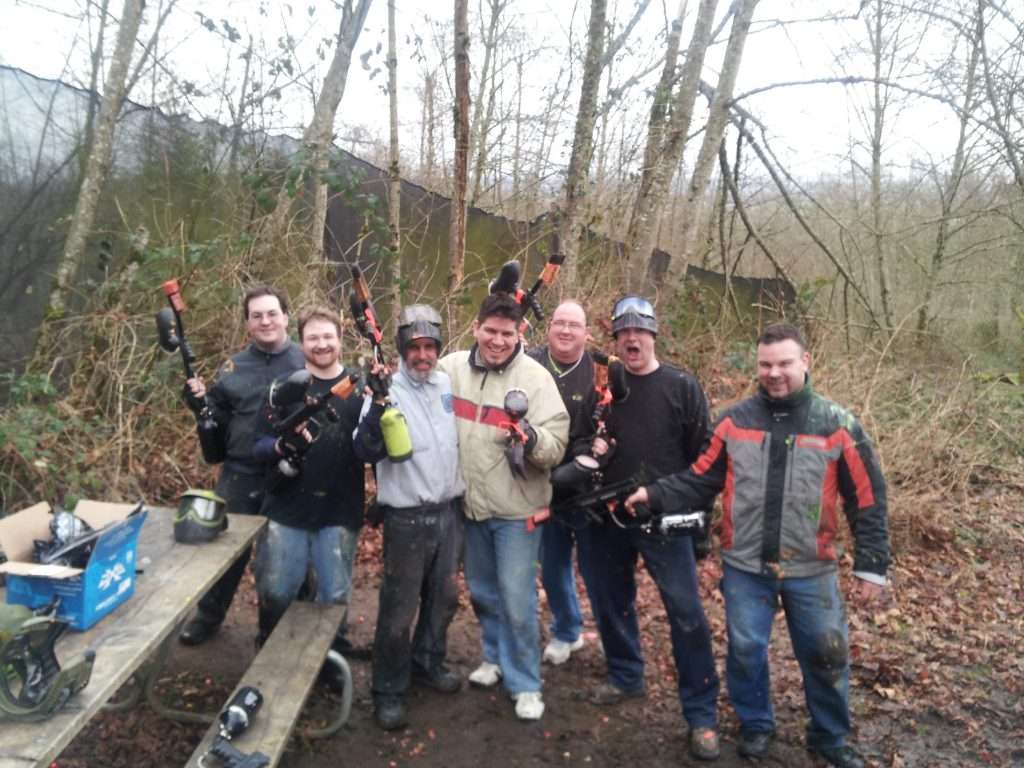 Paintballing at my Bachelor Party in February 2012

Of late, I find myself teaching the golden rule to Brennan, our 6-year-old, as he has a newfound affinity for harassing his younger brother, and also apparently an affinity for being sent to his room.  Both of my boys are also now at the stage where they are telling on each other frequently.  And I, Almighty Judge, get to decide what is right and just.

God help us all.

Both boys, on a microcosm level, are representative of The Crazy Times we are living in.  By all outward appearances, we are more fractured and siloed than ever before.  Cellular; alienated; disjointed; detached; seceded, and withdrawn.  I would like to take this opportunity to thank my local Thesaurus.

The pandemic has served, among other things, to further divide and quarantine us as people.  I even met a poor pitiful creature the other day who has been living in a cave for a long time now, talking to his precious and catching stray orcs in the dark with the help of a magic ring that would somehow make him invisible.  He is the quintessential Social Distancer. He talked with a strange throaty gollum, and I could never quite make out most of what he said.  But I gathered from his grunts and wheezes that he was just as alone and fractured as the rest of us.  Then he bit off my ring finger and that was that.  I fear we will never grow closer together now, he and I.  No fantasy creature is going to bite off my finger and stay in the Alexander Circle of Trust, let me tell you.

So what is to be done in such a dark and disjointed time, when people all around us are biting each others' ring fingers off?  Stop wearing rings is the first answer.  But secondly...

Now, I am not saying that you should immediately start surrendering your Jacksons, but if you are feeling generous, I will have no choice but to accept all of your money, with my thanks.  But there are more than myself out there in need of great help.  In just the past few years, I have witnessed some beautiful benevolence in the voiceover community:

There are a lot of Voiceover Brents.

Recently, I was able to help a colleague’s daughter’s boyfriend who was sideswiped by a semi-truck, presumably driven by someone on the phone getting a payday loan.  Do I know the daughter or her boyfriend?  No. The GoFundMe spoke to me, and I merely answered.

I got to be a Brent.

I have been able to be a Brent so many times over the past few years as I have witnessed my bank account inflate due to substantial voiceover revenue.  I have been able to help plenty of people through free financial help, scholarships to conferences, memberships to P2Ps, free training courses & books, hundreds of free consults, encouraging business reports, and more.  Who set the example for me?

Each time I give, I think of Brent and the example he set for me.  Sadly, I also think of something that was said to me many years ago by a deluded relative that demanded a lot from me for nothing, and when I reluctantly refused, they said "That's OK.  Giving to others isn't everyone's bag."  That statement stung!  It attacked my love language, which is giving.  I love to give.  I take great pride in giving.  Am I tooting my own horn?  Maybe a little.  But these beep-beeps come from a tremendous sense of gratitude, and to show you that I and many others are, by example, demonstrating what we all should be doing: giving.  Now, I know, we all have different abilities and resources.  We draw from whatever well’s depth that we can.  Remember the poor widow who gave all she had, though all she had was a pittance.  We do what we can.  Always.

Do unto others what you would have them do unto you. It is The Golden Rule. What comes around goes around. If you can, be a Brent. The world needs more Brents. 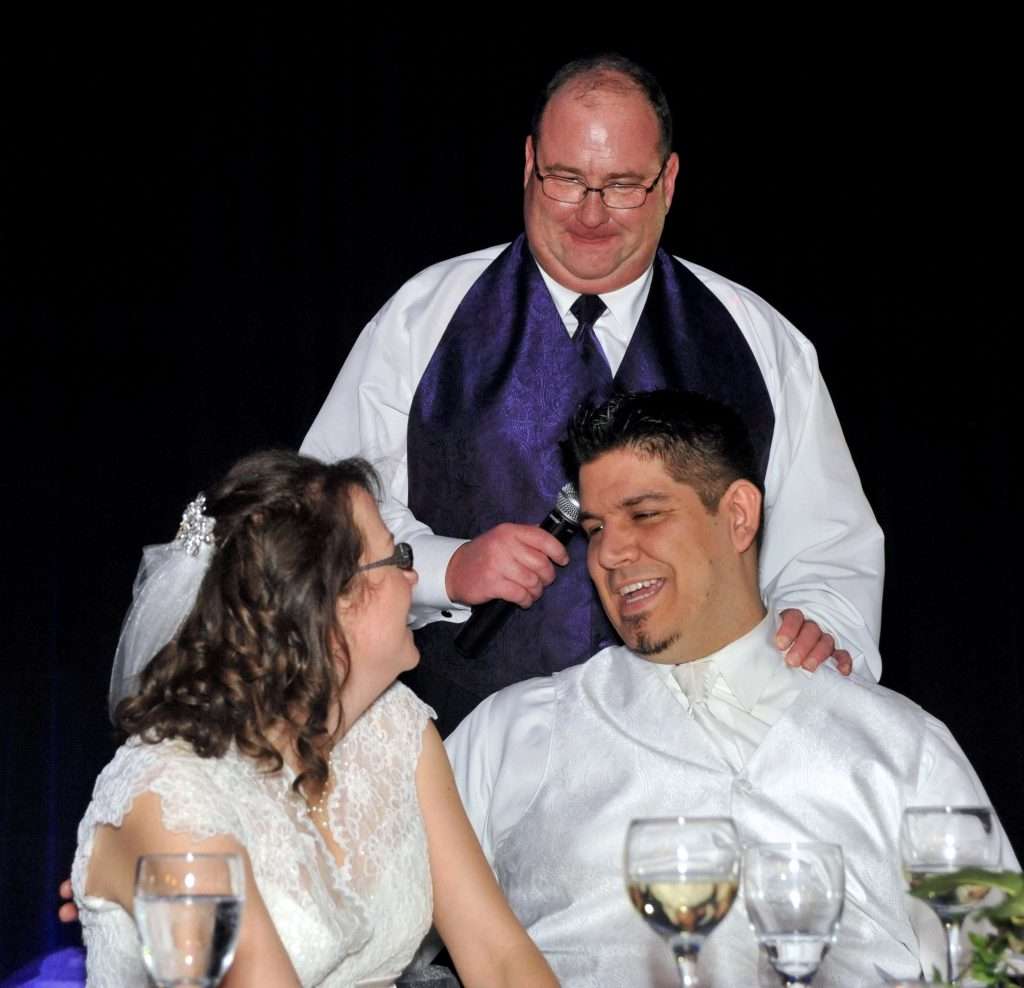 26 thoughts on “Be a Brent – The World Needs More Brents”