There’s a Fly in my Voiceover Booth

It all started with Sci-Fi 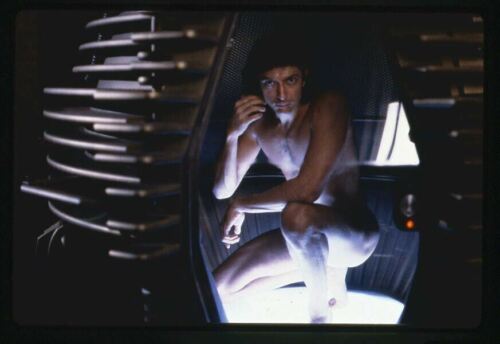 The year was 1986.  I was all of 13.  The cool fad was something strange and exciting called “The Walkman.”  And the cool movie was The Fly with Jeff Goldblum.  Now, keep in mind that this movie is a reboot of the original.  I’m generally not a big fan of remakes or reboots, with a few exceptions.  I thought the new Total Recall was a blast.  I actually enjoyed the new Ghostbusters.  And Tom Holland actually is Spiderman, sure enough.  But whoever remade Beaches is on my naughty list until Jesus returns…or I find my TV remote, whichever comes last (I’m guessing the remote).  I am not lying.  Someone actually had the audacity to remake Beaches, clearly disregarding one of my life’s well-known mantras, “You don’t mess with my Bette & my Barbara.”  I firmly believe that the DVD cover for this shameless reboot should say “This movie contains lies.”

Now, sci-fi movies aren’t everyone’s bag, but I sure like ‘em.  As a creative guy, my sci-fi brain sometimes takes me to crazy places with such craziness no one could even begin to fathom.  Like Wal-Mart.  I can get lost in a place like that. In fact I actually did – if you could be a nice boy and call the front desk and have someone come find me, all I see are auto parts and Barbie dolls from where I’m standing, and my soda is getting warm.

The only thing stopping me from plopping down and watching a killer Sci-Fi movie is my wife’s pointless addiction to the mindless blather of something that apparently is called This is Us, wherefore I am instantaneously banished from the living room to the smaller TV in the playroom upstairs, and I’m forced to create an ideal situation for myself with a smaller TV.  (Note: An “ideal situation” with a TV smaller than 300” does not exist and is about as likely as a John Denver comeback tour.  “Go big or go home,” I say.  “Or go to the playroom,” my wife said.)  The things I do for her.

Anyway, back to science fiction.  As I sat in my isolation booth the other day, isolated, in my booth (was that not clear?), with the door tightly shut I noticed a small, unwelcome visitor whose flappy buzzy wings would surely make it into my recording and surely dash any hopes I had for surely securing that prized role I was surely auditioning for.  As we stared each other down, my two eyes facing his five, locked in mortal visual combat, I suddenly pondered what might happen if my booth was actually a teleportation machine such as the one in The Fly, and I were trapped in here with that thing.  Would our cells be fused together into some Voice Talent BrundleFly?  Would I emerge on the other side of the planet in someone else’s teleportation studio with long coarse hairs sticking out of my back?  Would my favorite movie Aliens be supplanted by A Bug’s Life?  And is This Is Us over yet so I can go back downstairs please?

I never claimed to be sane, but stay with me.

Jeff Goldblum’s character Seth Brundle is a genius.  Why, if you could take his sexy booth design and transpose it onto my studio, I do believe I would never leave my studio again, and would plot world domination from within there.  “Where’s your husband?” our neighbors would ask, to which my wife would shake her head, whimper and slip them a note which reads “Help me.”  She’d request to use their phone to “order a pizza”, and in only three minutes flat (eight if I call and tell them that we ordered the wrong pizza and we meant to get the one with the little fishies) I’d find the authorities just outside my studio door with their SWAT shields, brandishing The Ram.

As I sat there staring at that fly, I found myself holding a conversation with it, and I realized the only thing left to obtain was a straightjacket and some crayons.

Strangely, the fly said nothing in return, and only continued to stare me down, obviously curious if I tasted more like a rotting apple or a sugary peach pit.  Then, all suddenly became clear as it dawned on me that he must be in there because of the donut I left in my studio a week ago.  It all made sense now.

As Seth Brundle says, "Have you ever heard of insect politics? Neither have I! Insects don’t have politics…. they’re very brutal. No compassion…. no compromise. We can’t trust the insect. I’d like to become the first insect politician. I’d like to, but…. I’m an insect…. who dreamed he was a man, and loved it. But now the dream is over, and the insect is awake."

Wouldn’t that be a fantastic script to voice?  In that studio, there and then, in the solemnity of that moment, I realized that that fly was a gift.  No, I wasn’t going to be teleported anywhere with antennae protruding out of my head and have to seduce Geena Davis, who despite cancellation I assume is still tremendously busy with her presidential duties as Commander In Chief.  (If only she were actually Commander in Chief).  No, Geena wouldn’t give birth to my larva baby as I sat there waiting for the police to break into my studio.  No, no, no.  That fly was a gift.  It made me ponder the meaning of life, the meaning of insects, and the meaning of posited.  But most of all, it made me ponder how on earth a little fly was able to infiltrate my Holy of Holies and to bring me such genuine and tremendous rumination.

As countless auditions whizzed by, and the police continued to try to ram down my door, I sat there looking at my little friend endearingly, and I envisioned us walking down the street:

Me and my fly…my fly and me.

O what wonders the twain would see!

He’d be on my shoulder and I’d be feeding him a piece of succulent fecal matter from a Dixie cup, with “Together Forever” by Rick Astley playing triumphantly in the background.

What at first seemed to be an intrusion into my very sanctum, my blessed place of retreat from the cares of this world, my sacred place of creativity, turned out to be quite the opposite.  I was surprised.  I was delighted.  Some might call it fate.

Now please note that if it had been a spider, I would’ve squished that disgusting little alien into a pile of goo immediately.  I like spiders about as much as I like Comcast, which is to say that I do not like spiders or Comcast.  I despise both of them with every fiber of my being and the fire of a thousand suns, and pray daily that they are slowly consumed by fire ants while forced to listen to Michael Bolton.  But no, this was my precious musca domestica, here to treat with me and to brighten my day with fascination.

Since that beautiful encounter, the fly has since gallivanted away, out through some vent - ah!  that’s how it got in! - off to commit adultery in some other studio, forming yet another wistful encounter and marvelling at some other voiceover artist slash rotting apple slash sugary peach pit.

Is my little friend gone?  Yes.  Is it sad?  A little.  But I’m ok.  I’m really ok.  It’s warm where I am, I have company, I receive mail, I receive food at chow time, and big hairy men named Laverne keep me company in my cell.  Oh I almost forgot to tell you – the police finally broke through!  Gotta hand it to those guys.  Teleporter-recording studios beware, because the men in blue mean business wherever there’s a leftover donut.   It’s just a matter of time, and also a little C4.  And now my wife can watch This is Us on both TV’s at the same time, in stereo!

The things I do for her.

4 thoughts on “There’s a Fly in my Voiceover Booth”