How to do Santa Voiceovers

…and other Cockamamie Christmas stuff 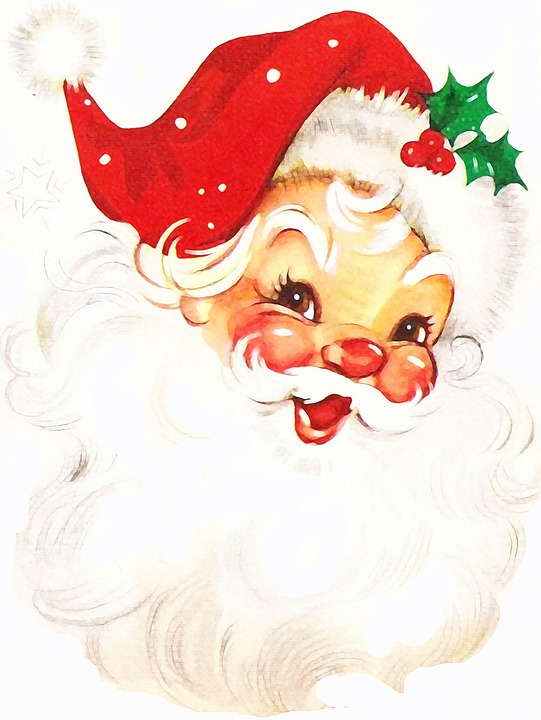 Used by permission from Jo-B via Pixabay

The Bah, humbuggers (with ketchup, mustard and pickle)

Ah the holidays.  My last blog was about the holidays, but I’m still in a festive, mirthy mirth-filled mood…so let’s keep this gravy train going, shall we?

During this time of year, we’re barraged with so many audition requests that require a Santa-like voice, and it’s appropriate, because this is the time of year where Santa reigns supreme, like Dwayne Johnson.  Society becomes replete with him, and you’ll see him everywhere: popping up on lawns, adorning rooftops, in window decals, on Home Depot shelves, in cookie form, and in religious sermons where his name has been rearranged to spell Satan, to unmask him for the Baby Jesus distraction that he is.  (Santa.  Not Dwayne Johnson.)

But I digress.  Where were we?

Ah yes!  Christmas.  And all the tinsel and wrappings and bows – isn’t it just gloriously addictive?  So it should help us get in the spirit of tackling those Santa auditions head-on, no?

No.  The cold hard truth is that Santa is truly inimitable, much like Nutrisystem humans, who show us that it truly is possible to lose weight once you’ve paid $30,000 a month and eaten two hard-boiled eggs.  I’m afraid that won’t work for me because I need my candy.

Santa, the one and only, is difficult to emulate.  But I’ve had an epiphany, and I’d like to share it with you so that you can gain the confidence you need in order to pull off a believable Santa.  This won’t be as scary as Craigslist personals, I promise.

To all of you humbuggers out there, get ready to be proven wrong.

Santa is not that hard to tackle.  Sure, he’s rotund, and you’ll need the proper padding and Nike sneakers in order to get a good run at him, but I’ll be on the sidelines as a good cheerleader should, complete with my pom-poms and Lightning McQueen spandex, chanting "Get that Santa, Get that Santa...take...him...down!"

For the first one, you’ll definitely need a full belly.  You see, Santa potentially eats people to get that big.  You’ll want to approach him as savory as possible.  In order to obtain that much mirth, I’d also recommend coating yourself with gravy.  This is sadly the only way you’ll really be truly able to get into Santa.  Unfortunately, when you try this step first, you don’t end up making it to Items 2 and 3, so let’s actually do this one last.

For the second one, this will allow you to descend into the nether regions of your vocal capacity, and also give Emperor Palpatine a run for his money.  The best “Ho-ho-ho’s”, though, come from a super low register, with a deap-throated and croaky resonance. The more like a bear you can sound, the better.  Unless in fact you are doing this while roaming around in the woods and sounding very much like you are a bear, in which case your head may end up on someone’s wall.  So don’t do that.

Finally, you’ll need to watch Miracle on 34th Street to see the very best take on Santa there ever was.  Edmund Gwenn tackles the role with austerity, jolliness, and a rotund beauty.  A runner-up would be Ed Asner in Elf, though Santa clearly doesn't run at all, and that's far too many Ed's for one blog.

It’s also virtually impossible for him to do what he is purported to do every Christmastime; see this link…but we’ll continue pretending for the adorable children.

Make sure to do one more thing, though.  Take that Miracle on 34th Street VHS, find your local video transfer shop, and have it converted to DVD, because it’s 2019 and you’re obviously from another era: the one with 8-track tapes and Grover Cleveland.

There!  Once you've mastered those three elements, you've achieved Sacred Bovine status.  If the shape of people can be compared to animals, then Santa Claus’s figure equates to a cow, and you’re now ready for milking, er, mixing your recording.  So get your Santa voice on - you can do it!

The three important ingredients mentioned above are all you’ll ever need to perfect the art of Santa voiceover jobs this holiday season.  Eat, drink, and be merry!  Be jolly!  As said in “A Visit from St. Nicholas” by Clement Clark Moore says, you’ll epitomize the following in no time:

Down the chimney St. Nicholas came with a bound.

He was dressed all in fur, from his head to his foot,

And his clothes were all tarnished with ashes and soot;

A bundle of toys he had flung on his back,

And he looked like a pedler just opening his pack.

His eyes—how they twinkled! his dimples, how merry!

His droll little mouth was drawn up like a bow,

And the beard on his chin was as white as the snow;

The stump of a pipe he held tight in his teeth,

And the smoke, it encircled his head like a wreath;

He had a broad face and a little round belly

That shook when he laughed, like a bowl full of jelly.

He was chubby and plump, a right jolly old elf.

Master those three techniques, and you’ll have Santa down pat.  Master truly getting into Santa, and you can tell us what he had for lunch, not counting yourself.

You’re welcome.  Now we can all listen to your Santa recordings and smile lovingly up at your Santa-bear head on the wall.

4 thoughts on “How to do Santa Voiceovers”