How do you see words? 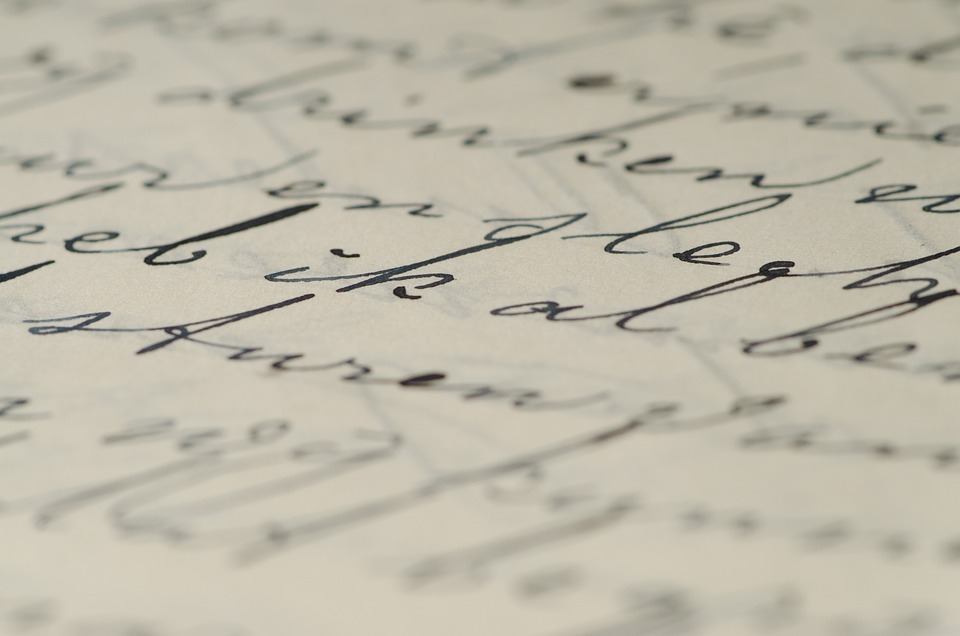 Used by permission from Andrys via Pixabay

Ever tried to say “statistic” several dozen times in a script? I had trouble even spelling it.  How about arrhythmia?  Rural?  Isthmus?  Anemone?  Sixth?  Or “Sixth Isthmus of Arrhythmia” together?!?!?

Medical terminology is the worst.  Ever tried to say Otorhinolaryngologist?  Yeah, I won't either.  Just hire someone else because I don't want to harm small animals in my wrath.

And then there are words that just plain freak you out, like "nougat" or "moist."  When I see those words, I'd rather record something like "I want a schnouzer with my weinerschnitzel" just to get them back at them when I come upon those particular words.

Specifically, I hate specifically.  That one always throws me for a loop.  Whenever I see that word, I’d rather live on the surface of the sun for 5 minutes than try to get that one right.  It's way too hot - and even worse?  There's no cell service there.

How we see words before us, and how quickly they jump off the page, determines how well we’re going to bring a script to life.  Some words can completely throw us off track: if we have trouble with pronunciation, it’s like hitting a comma and careening off into a ditch.    We’ve all been there in the studio, master of our own domain, and then we come to that one word.  Pause.  Oh crap.  OK…take two.  And we try it again.  By take 3,754 we’ve finally mastered it and the year 2057 is looking good.  Ain’t nuttin’ gonna breaka my stride…nobody gonna slow me down…I’ve got to keep on movin’…

So what’s to be done when you’re reading that script and you’re excited about it and you come to the de facto detractor and ipso facto you’re a tractor attractor?!?!?!

The quick brown fox jumped over the lazy dog

I curse that quick brown fox and support the lazy dog indeed.

So how do we read those hard words good?  (Goodly?)

Some have suggested pre-reading your scripts.  After all, you want to deliver a good (goodly?) and convincing read.  Others have suggested having those beloved marshmallows on hand so you can rock a Chubby Bunny exercise and give your cavernous maw a good orator workout. And there are others who wisely suggest physical motion while you read, so that you develop a sort of rocking synchronization, and the rhythm of your delivery will follow suit.  And still others have recommended read-it-fast-read-it-slow-read-it-high-read-it-low, or Character diversion techniques to take you out of the painful element that the script has you trapped in.

I suggest screaming angrily and aggressively chanting naked around a fire with sticks.

Believe me, I've been there.  (Angry; not naked fire stick chanting.)  I’ve gotten boiled.  And I have wav clip red-line peaks to prove it, mirroring the anguish transpiring inside my studio as I try to master that one word; but try as I may, I can’t. Then the wav file mirrors the pathetic dissolution of yours truly into a sobbing, quivering mess, shaking my fist at the cruelty of the word.  If only I would step out of my booth and do jumping jacks.  WAIT!  Is that it?  Could jumping jacks be the ever-sought-after, oft-missed and elusive secret to oration domination? After all, after a bit of calisthenics - I loathe that one too; I would loathe it with a lithe lathe if I could! - I’m positive that Peter Piper could indeed pick a better peck of pickled peppers.  Take that, Chubby Bunny.

Wood eye suggest that ewe scream?  Of coarse knot.  But it Trulia is the weigh that you reed the whirred.

Reading ahead through a script ensures that you’ll at least be prepared.  You can highlight the word, draw arrows toward it, underline it, draw circles around it, etc., thus highlighting your impending doom so you know its coming, and you can get your will updated for your loved ones.  Reading ahead also allows you to better own the words that are coming off the page, travelling at light speed through your brain, passing through your acting filter and re-emerging from your mouth in a connective, organized, coherent, and conversational way that will make the listener truly stop and say “Huh.  He really did just say sixth isthmus, didn’t he.”

There are a lot of words that are hard to pronounce indeed.  We need to figure out a way to get past them.

Scientists are now stating that oxygen is more or less required for survival.  It was often erroneously believed that humans could survive merely on haggis, pickles, and bat paste.  But no – studies show that a steady rhythmic intake of oxygen greatly improves chances of survival.  And scientists are rarely wrong.

Let's return to pickles for example, and studies done thereupon:

So you see?  There are those darned statistics again, as well as the word statistic. So avoid pickles.  Choose air.  There are no actual statistics about whether or not air improves you.  It just does.  Breathing is key.  Breathing is essential.  It’s critical to surviving a script.  Do that long slow intake.  Take in a cool drink of air and let your lungs expand.  Be calm once again.

Diffuse that word by diffusing your tension.  Roll your shoulders around while you breathe.  One of my favorite things to do is to step outside my studio and do the ol’ jiggly-bob.  That entails removing my spine and flailing around like a wet fish while chanting oooga-booga oooga-booga oooga-booga, followed by a deep inhale and an attitude reset.  The other thing is force yourself into spontaneous bellicose laughter.  That sudden change of mood will reset your spirit and allow you to get into a new energy vibe to deliver that mean, hateful word that has your number.  It’s how we see them that affects us.  If they are difficult to pronounce, then we have to look at them through different lenses.  Humor allows us to do that.  Oooga-booga allows us to do that.  Resetting and stepping away allows us to do that.  Bat paste may reset you as well.

A simple trick you can use to change the way you see a daunting word is to take it syllable by syllable, and then incrementally increase your speed.  It’s the old “oh-wah tah-gee kiam” approach, which, when said faster and faster, gives you the sudden epiphany that you’re actually saying “Oh what a geek I am.”  Try it!

This works really well with the longer medical narration voiceovers and those complicated mile-long words.  But for now, take specifically (ugh).  Spuh-siff icah lee.  You’ve dismembered the word so that it’s now dead, and it can no longer attack you.  It’s now just bits and pieces flopping around, and you gather them up in a way that is comfortable for you to deliver.

STOP IN THE NAME OF LOVE!