You’re on in five, Miss Minelli. 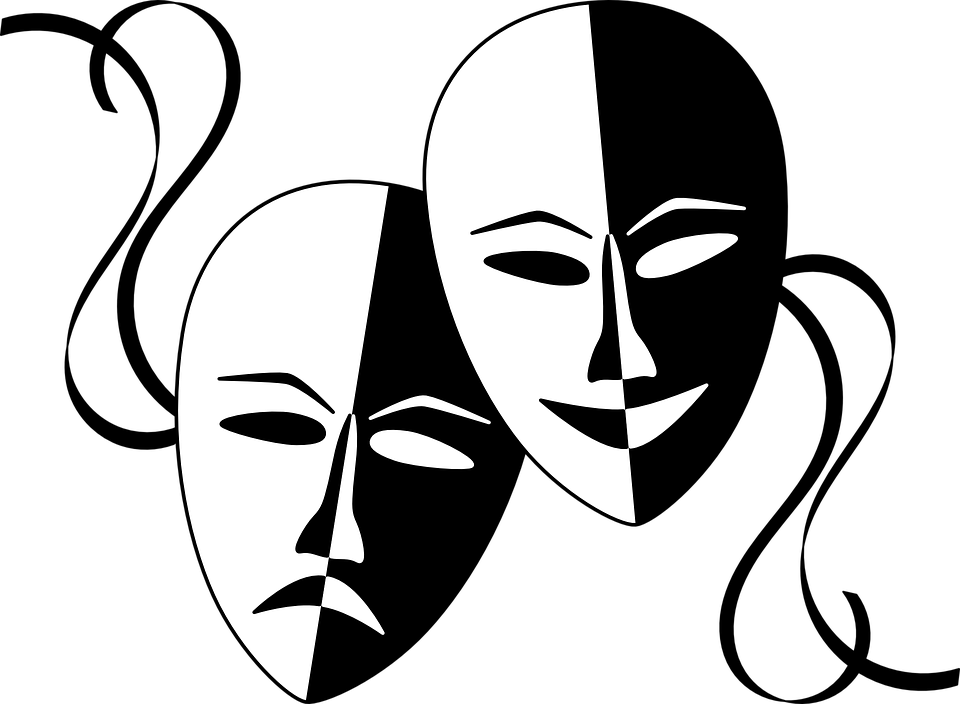 Used by permission from Clker-Free-Vector-Images via Pixabay

But I just want to be inspired…

What’s the purpose of this blog?  Is it only to inspire?  Nay I say.  It is to illuminate and instruct as well.  So here’s a great blog on revelation, instruction, and technique.  You can do it!

Look at the name of this blog.  Go ahead.  I’ll wait.  *waits for you to look*  Unless you went directly to my website (www.supervoiceover.com), you would have gone straight to the domain name itself, https://www.itsthevoicesinmyhead.com/. Either way you slice it, both of those have, right there in the URL, what this blog is about.  Voice ACTING.

Lest we forget, we are voice ACTORS.  Did you forget?  You’re an actor.  There.  You’ve been reminded.  Yes, it can get confusing to tumble around amongst all these monikers: voice artist, voiceover artist, voice actor, voice talent, voiceover talent, and the like.  But central to all of them is the art of acting.

Actors the world ‘round are called upon to audition, to come out of themselves, to personify and embody something else entirely, whether it’s an old man, a wizard, a drunk, a wife beater, a Castillian, an alien, an animal, an African, hypochondriac, a transient, a paranoid delusional, a mom, a kid, a president, or even another actor, like Dustin Hoffman in Tootsie.

Just because your audience isn’t visible doesn’t mean you don’t have to perform.

You yourself are invisible, but you bring yourself into the realm of visibility when you shed who you are and step into a costume of another entity, zipping it up to your throat and taking on all its characteristics, its nuances, its ticks, its distinctions, its idiosyncrasies, its subtleties.  Your audience, and everyone, can then see you through the words you bring to life.

The saying goes, “People don’t care what you know until they know that you care.”  Does your audience know that you genuinely care about who you are in that role?  Are you making them believe it, or do you need to do it “once more with feeling?”

Mark Hamill said, “One of the things that I love about voiceover is that it's a situation where - because you're not encumbered by being seen - it's liberating. You're able to make broad choices that you would never make if you were on camera.

Sure, you’re a voice actor.  But you’re still an actor.

But I only do commercial videos

I’m going to go all adult and mature in your face right now and take the higher road when I say “So???? So what, huh?!?!?  Neener neener!”

You are still an actor.  Just because you have chosen corporate videos – or E-Learning – or Explainer Videos – or anything that doesn’t really epitomize a role requiring what we refer to as “a character”, are you any less expected to motivate, to compel, to inspire?  Isn’t that script a set of words that you have to inject character into, even if you’re not a wizard in robes with a battered staff and a crumpled cone-of-a-hat?  Your job as a voice actor, my job, our job, is to bring those words to life, and nothing does that better than breathing character into them.  After all, go to 7-11 and talk to the cashier.  Talk to:

Anyone can say things.  It’s how we say things, and in particular, how we ourselves as voice actors choose to say things with compelling passion and difference from the rest, that gets us hired.

Sure, to the credit of your argument: corporate videos themselves, and E-Learning projects, usually require fairly straightforward reads.  Explainer videos, with that “Meet Jane” peppy intro, require a bit more energy, yes.  And many auditions that you see today, in the notes and directions provided, reference “conversational”, “natural”, “guy next door”, “NOT announcer.” [caps theirs, not mine].  So today, people are looking to be spoken with, not at.

But have you ever leaned into someone’s and whispered something with passion?  Have you ever pleaded with someone for something, clenching your fists and furrowing your brows, projecting your beating heart right out of your chest, across space and time, and into theirs, to meld with them so that they’ll understand how you feel?  Have you ever had to argue your case?  Have you ever wailed?  Railed?  Begged?  Whined?  Yearned?  It takes a bit more sometimes, all by ourselves, behind that door, to project, because there’s no vast coliseum before us to receive our bravado, nor any thunderous applause.  It’s all unrewarded in that moment.  The applause dies with you, as Sophie Marceau’s character said to King Edward the Longshanks in Braveheart.

It’s up to YOU to bring people into your studio, into your heart, into your soul: to bring them close…to whisper in their ear, or to yell at them.  You only do that through acting.

But can’t I just read words?

But I'm good enough already.  I know how to do this, and I'm getting jobs.  Can't I just read words and go on my merry way?

No.  I forbid it.  Olivia Newton John is not what we’re going for here.

Reading words is a basic skill achievable by age 1.  “Mama.”  “Milk.”  “Dada.”  You’re no more accomplished than an infant if you think voiceovers is simply reading words.   Doug Jones said “When you're on camera, even though you try to lose yourself in the character, you are aware that there is a camera there capturing every moment of it visually. With doing a voiceover job, you are worried about the sound of it, and you have to make all those visual colors come out with your sound.

Reading words does not a voice actor make.

Reading words well does not even a voice actor make.

Bringing a script to life, in whatever way you can, with your God-given talents, your passion, and your belief in the very script you hold in your hands, does a voice actor make.  You can’t expect to simply read words and expect to get hired.  You’re an actor, dummy.  (Forgive me…kind of).  Act it out!  Bring it to life!  The person listening to your audition is expecting you to sound different from the rest…to cock their head to the side with a knowing smile as they listen to you stand out from the herd, while you make an indelible impression on them.  You want your listener to say “Wow, that was really cool.”  The hard news?  You have only the first 10 seconds in each audition to do this.  Ten precious seconds to make your mark.  This is what I call the grab zone.  If you don't grab 'em, they're gone.  Good luck.

But how the heck do I do that?

Here’s what you do, and how you do it.  Watch this clip.  The subway ghost says to Patrick Swayze’s ghost, "Sam": “I don’t know HOW you focus.  You just…focus.  You gotta take all your emotions, all your anger, all your love, all your hate.  And push it way down here into the pit of your stomach.  And then let it explode like a reactor…POW!”

Demi Moore is well known for her ability to cry on cue.  Other actors can do this, and it’s real.  What are they churning up behind their eyes that we don’t see?  One thing, and only one thing:

They’re taking something deeply personal to them, feeling it, and then transporting that emotion into the words they’re conveying, and owning that script as if that script was them.  Ever have a dog die?  Pull up how precious that pup was to you the next time you’re reading a script about grief.  Ever had a child?  Reload the pure joy and love you experienced the next time you’re trying to tug at the heartstrings of someone listening to your commercial for a program that can provide someone a home.

Actors win Oscars for their ability to completely espouse a role with such conviction that you don’t even know it’s them anymore: you begin to recognize them as their character, not as themselves.  Tom Hanks as Forrest Gump.  Jim Carrey as The Grinch.  Antonio Banderas as Zorro.  Charlize Theron in Monster.  Jodi Foster as Nell.  And there are countless others.  These are just some of the more famous ones.  But that refined ability allows them to make you actually deeply love them…or despise them…as an actor…because they played their part so convincingly.

It is your sacred duty, your charge, to infuse your script with acting…with resonating emotion.  How you do it precisely, and impactfully, falls upon you to connect with.  Take those words and know that you must find a way to make them unique…personal…powerful…and give that casting director a compelling reason to stand up and applaud for YOU.

I’ll leave you with this, O Worthy Actor:

As a young girl, I loved having stories read to me. There is something magical about narration and voiceovers. Recording a voiceover is an art form in itself. - Michelle Phan

You’re on in five, Miss Minelli.  Break a voice.

2 thoughts on “You’re on in five, Miss Minelli.”